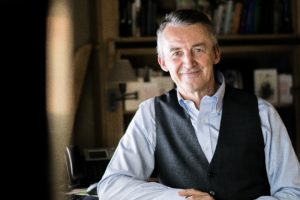 After receiving graduate degrees in finance, econometrics, and operational research from Brussels University in 1981 Luc Van Hof began his career as a financial consultant for Deloitte in Brussels, then became assistant treasurer at the European Commission in 1985, where he was responsible for managing a €2+ Bln portfolio in derivatives.

In 1988 he started working in the City and became Vice President equity derivatives at Bankers Trust International (London) and subsequently at Morgan Stanley (London).

In 1990 he established Analytic Investment Management (A.I.M.), one of the first quant investment boutiques in Europe, which was later acquired by Robeco (Rabobank). He then founded Capital Hedge, a research and consulting firm for institutional investors specialising in alternative investments.

For many years Mr. Van Hof was an assistant professor of investment management at Brussels University (from 1986 till 2008) and a lecturer at the Belgian Bankers Academy (from 1988 till 2008). He has taught Master Classes on hedge funds, algorithmic trading, derivatives and money management. 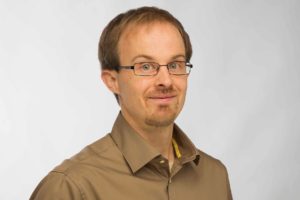 Besides teaching statistics at the faculty of economics, research was performed in the field of robust statistics. His main research project was robustifying skewness, kurtosis and tail weight measures. One of his findings, the medcouple, is a robust skewness measure which entails the power of the classical skewness measure but which is less sensitive to extreme values.

After two years working at the Directorate General for Statistics of Belgium, Guy joined AIM Trading in May 2008 and subsequently AIM Trading’s successor, Capital Hedge.